JC Boone to Speak at SCC 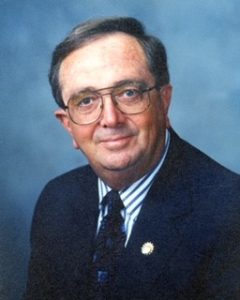 The Sandhills Community College English and Humanities Department and Holocaust class are hosting author J.C. Boone on Tuesday, November 27 at 11 a.m. in Clement Dining Room. The public is invited to attend, and there is no charge.

Boone will present research on his book Hitler at the Obersalzberg: Rare Insights of His Private Life.

J. C. Boone received both his BS and MA degrees from Appalachian State University and his Doctor of Arts with a concentration in Modern German History and International Political Systems from Middle Tennessee State University. His interest in the Third Reich peaked while serving in the army and stationed in Berchtesgaden, Germany. Ultimately he was named Director of Publicity for the Armed Forces Recreation Center, headquartered in Berchtesgaden, and he began an extensive study of the Nazi activities in the area-especially at the Obersalzberg. His research led him to interview Hitler’s sister Paula Hitler, Hitler’s immediate superior in World War I Johann Langwieder, and Hitler’s personal pilot from 1932-1945 Hans Baur. While in the army, his articles were broadly published in American newspapers throughout Germany and specialized magazines in the states.

Professionally, Dr. Boone has served as the Vice-President of Academics at Stanly Community College, Chairman of the History and Political Science Department at Clayton State College in Georgia, and Professor of History at Wingate College. He has also served for many years as a member of the Board of Trustees at Boys’ and Girls’ Homes of North Carolina.

Boone’s appearance is funded by the Ralph and Vivian Jacobson Fund for Holocaust and WWII Studies at Sandhills Community College.