Building, promoting, and sustaining a culture of excellence delivered through helpfulness and by providing opportunities, maintaining mutual respect, and preserving a commitment to integrity.

7/6 – Women, Mexican: Frida Kahlo – birthday of painter, one of the best-known artists of the 20th century

7/8-9 – (sundown to sundown): The Martyrdom of the Bab, a day when Bahá’í observe the anniversary of the Báb’s execution in Tabriz, Iran, in 1850. July 11: St. Benedict Day, the feast day of St. Benedict celebrated by some Christian denominations.

7/11 – World Population Day, an observance established in 1989 by the Governing Council of the United Nations Development Program. The annual event is designed to raise awareness of global population issues.

7/15 – St. Vladimir of the Great Day, feast day for St. Vladimir celebrated by the Eastern Orthodox and Roman Catholic churches.

7/17 – Islamic: The Hajj – annual pilgrimage to Mecca in Saudi Arabia, required by all able Muslims at least once in their lifetime.

7/18 – Nelson Mandela International Day, launched on July 18, 2009, in recognition of Nelson Mandela’s birthday via unanimous decision of the U.N. General Assembly. It was inspired by a call Nelson Mandela made a year earlier for the next generation to take on the burden of leadership in addressing the world’s social injustices: “It is in your hands now.” It is more than a celebration of Mandela’s life and legacy; it is a global movement to honor his life’s work and to change the world for the better. Nelson Mandela – birthday of civil rights leader, and South Africa’s first black president.

7/23 – The birthday of Haile Selassie I, the former Emperor of Ethiopia whom the Rastafarians consider to be their savior.

7/30 – International Day of Friendship, proclaimed in 2011 by the U.N. General Assembly with the idea that friendship between peoples, countries, cultures and individuals can inspire peace efforts and build bridges between communities.

Corona Virus – or Corona Bias? In uncertain times we need to make sure we are thinking more deeply about our reactions to those around us. Our short video helps to give us all a little nudge in an uncertain world, particularly in a working environment – office or remote.  Click here to view: The Corona Bias

Ted Talk links on the Fight for Civil Rights and Freedom:

Mini-Films for Exploring Race, Bias and Identity With Students:

A Conversation About Growing Up Black

A Conversation With White People On Race

9 Tips for Working with Culturally Different Students on Your Campus

10 Reasons Why We Need Diversity on College Campuses

Benefits and Challenges of Diversity in Academic Settings

How To BE An ALLY

The danger of a single story 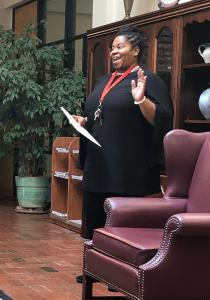