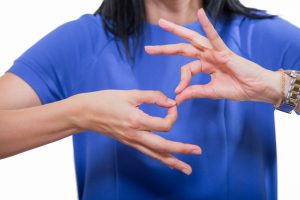 Learn something new in March. Whether you’re looking to challenge yourself with a new skill or deepen your understanding of a particular topic, The Center for Creative Living can help you reach your personal goals in order to achieve a more intellectually rewarding life.

Designed exclusively for women at or near retirement, topics in “Financial Decision-Making for Women” include understanding investment jargon, dealing with financial professionals, getting the most from your investments while reducing risks, reducing probate costs, estate taxes for heirs, income taxes, and long-term care planning.

Join Peter Yellin, former Chief Prosecutor for Military Trials with the 2nd Marine Division at Camp Lejeune and former Chief of Staff to the New York and Arkansas Attorneys General for Part II of a candid and highly interactive discussion of contemporary event including Special Counsel Robert Mueller’s Grand Jury investigation, the Department of Justice, the FBI and the Supreme Court in “Land of the Free, Home of the Brave – Part II.”

“Land of the Free, Home of the Brave – Part II” will be held on Monday, March 4 and Monday, March 18 from 1-3 p.m. The class is free, but registration is required.

“The War in Afghanistan: America’s Longest War” introduces walks students through Afghan and regional history and the role America has played in Afghanistan since the 1930s. America returned to Afghanistan in October 2001 and has been aiding the Afghan government to rebuild its military, economic system, and education system since. We will examine the myths about Afghanistan and look into the options for how the War in Afghanistan will responsibly end. Jason Howk has worked in or on Afghanistan since 2002 and is currently aiding key leaders engaged in the war and peace efforts.

The European Renaissance ushered in a new age of creative thinking across several areas of human endeavor, perhaps nowhere more evident than in the visual arts.  Join us in “The Glory of Visual Arts During the Renaissance” for a day exploring the innovative and often revolutionary ideas and techniques generated out of one of the most famous eras of artistic production in Western history. “The Glory of Visual Arts During the Renaissance” will be held on Thursday, March 14 from 10 a.m.-3 p.m. The cost is $25 and includes lunch.

“Sign Language for Beginners” is an introduction to Sign Language used in the Deaf and Hard of Hearing Community. Whether in the workplace or for personal, learn to build vocabulary, understand how a sign is formed, and learn the language of everyday conversation including fingerspelling and the importance of facial expression in conveying a message through non-verbal communication. Anna is a certified Educational Interpreter who has worked with Pre-K through high school students in the NC public school system. This class will be held on Tuesdays, March 26-May 14 from 6-8 p.m. The cost is $75 plus the cost of the text.

“Spanish Intermediate Conversation” is designed for students who are planning to travel or those who have a distinct business need. The prerequisite for this class is “Spanish Beginning Conversation” or prior experience. This class will be held on Mondays and Wednesdays, March 25-May 1 from 6-8 p.m. The cost is $75 plus the cost of the text.

Julienne, dice, and mince are just some of the basic knife cuts we will learn, and then put those new skills to use as we roll vegetarian sushi in “Knife Skills 101 & Sushi Rolling.” This class will be held on Wednesday, March 27 from 5-8 p.m. Another class will be offered on Friday, March 29 from 9:30 a.m.-Noon. The cost is $75.

Why look for dinner in the grocery store freezer section? Stock your own freezer with homemade meals. In “Meal Prep” learn how to make Chicken Pot Pie, Shepard’s Pie and Lasagna; time-saving and family-pleasing. This class ” will be held on Friday, March 1 from 9:30 a.m.-12:30 p.m. The cost is $75.

Let’s venture out and discover some Ethiopian flavors with these easy dishes in “Global Cuisine – Ethiopian.” Doro wat chicken and Atkilt veggie stew. This class will be held on Friday, March 1 from 9:30 a.m.-12:30 p.m. The cost is $75.

In “Easy Desserts” learn how to make professional looking desserts like Apple Galette and Key Lime pie in quick and easy steps. Your friends and family will think you have gotten your baking degree. This class will be held on Wednesday, March 13 from 10 a.m.-1 p.m. The cost is $75.

Join us for a Demo on filleting fish and making fish stock in “All About Fish.” Afterward we will learn how to get a crisp skin on our pan seared fillet and use our stock to make a silky sauce. This class will be held on Wednesday, March 20 from 5-8 p.m. A second class will be offered on Friday, March 22 from 9:30 a.m.-12:30 p.m. The cost is $75.

Register in the Sandhills Community College Continuing Education office located on the first floor of Van Dusen Hall on the Pinehurst campus at 3395 Airport Road. Registration by phone with a credit card can be made by calling (910) 695-3980. Registration hours are Monday through Thursday, 8 a.m. until 5 p.m. and Fridays 8 a.m. until noon.

There are many more class offerings. Visit sandhills.edu/lifelong-learning-institute-classes/ to learn more.